Located in the lower Yangtze River drainage basin and Yangtze River Delta economic zone, Nanjing has always been one of China most important cities. It served as the capital of China during several historical periods and is listed as one of the Four Great Ancient Capitals of China. Nanjing was the capital of the Republic of China before the Chinese Civil War in 1949. Nanjing is also one of the fifteen sub-provincial cities in the People Republic of China administrative structure, enjoying jurisdictional and economic autonomy only slightly less than that of a province. 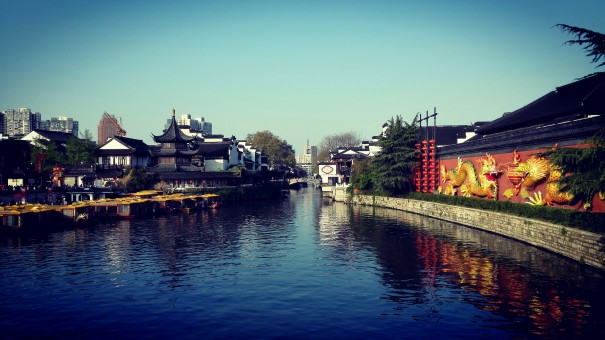 The Qinhuai River is a tributary river of Yangtze River with a total length of 110 km. It runs through central Nanjing and is the birthplace of the traditional Nanjing culture. As such, it's called "Nanjing's mother river". It is the "life blood" of the city. The Qinhuai River is divided into inner and outer rivers. Today, the scenic belt along the Qinhuai River develops with the Confucius Temple at the center and the river serving as a bond. Many foreigners find it a good place to taste the local cuisine. The many snack stalls dotted within the area offer a range of food: (baozi) steamed buns-stuffed with pork, and other delicate fillings, roasted beef, salty duck, animal stomach, chicken feet (phoenix feet) and much more.
Address: No.152 Gongyuan Street, Qinhuai District 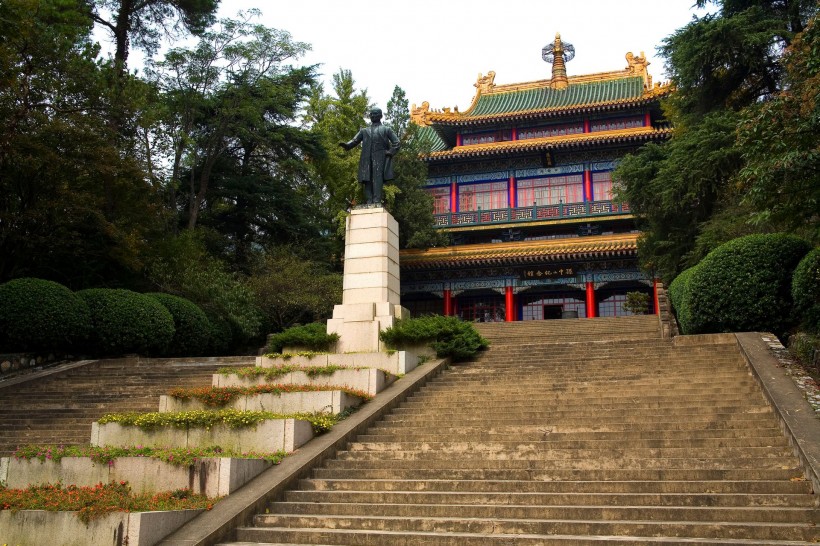 The Sun Yat-sen's Mausoleum is situated at the foot of the second peak of Mount Zijin (Purple Mountain) in Nanjing, China. Sun, considered to be the "Father of Modern China", fought against the imperial Qing government and after the 1911 revolution ended the monarchy, and founded the Republic of China. Reclining on a mountain slope, the majestic mausoleum blends the styles of traditional imperial tombs and modern architecture. The tri-arched marble gate is inscribed with the personal motto of Dr. Sun, with four Chinese characters written by him, "Tian Xia Wei Gong" ("天下为公") which means "What is under heaven is for all".
Address: No. 7 Shixiang Road, Xuanwu District 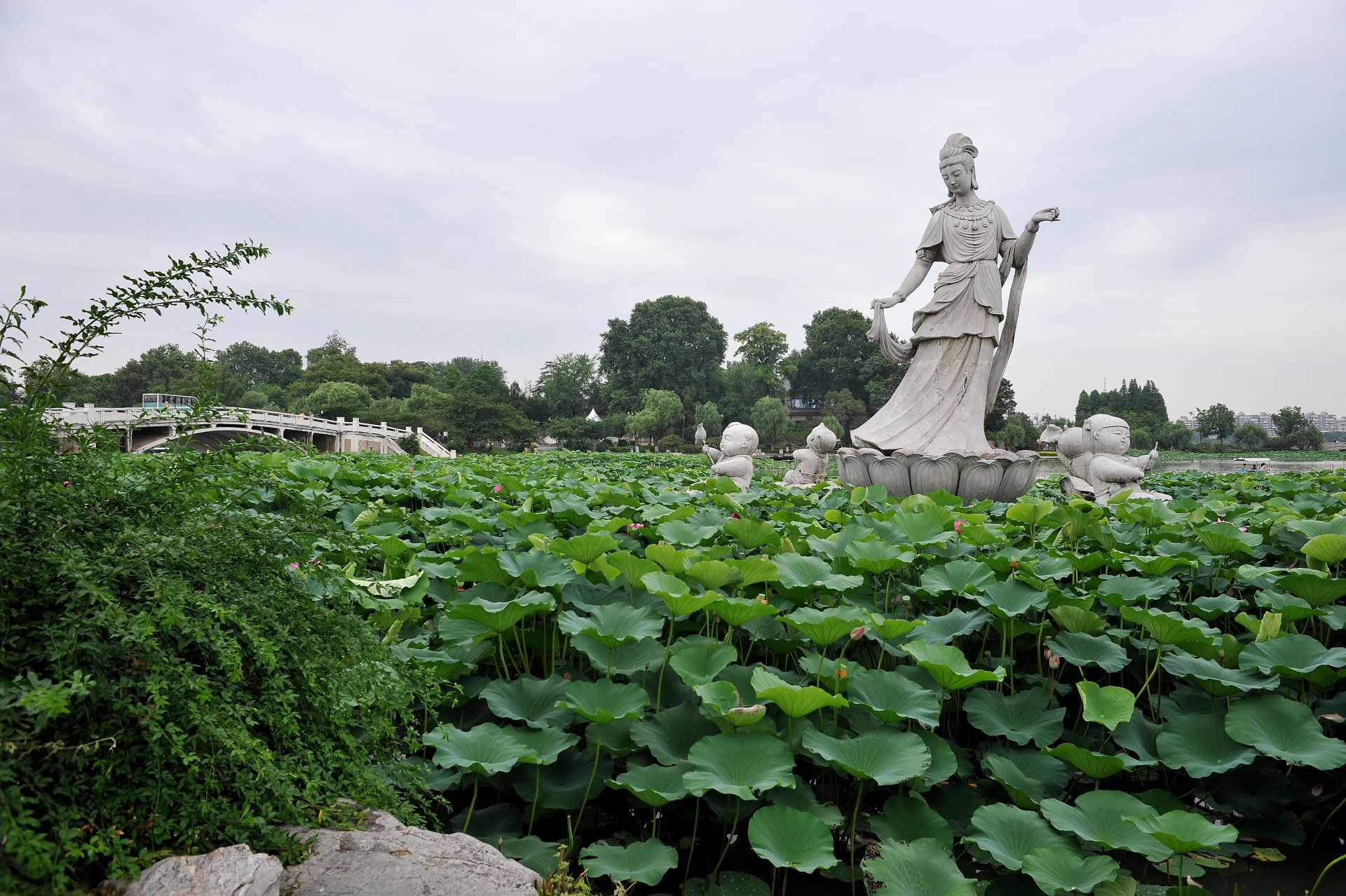 Xuanwu Lake Park was the largest Imperial lake garden in China's history. It is also the largest downtown park in the south of China. You can see both the ancient wall of Nanjing and skyscrapers behind it. 'Old vs. new' comes to mind in this spectacular place. Nowadays the lake park has become one of the top choices of local Nanjingers and international expats for their (evening) fitness. The lake park has various gates. The main gate is 'Xuanwu Gate', near Metro Line 1 Xuanwu Lake Park Station. The other main gate is 'Heping Gate' with Nanjing Central Station just lying north.
Address: Xuanwu Gate (main gate), No.1 Xuanwu Alley
By Metro: Line 1 Xuanwu Lake Park(玄武湖公园) Station Exit 3/4. Walk along Xuanwu Gate Road for about 5 minutes.
OR, Line 1 Nanjing Railway Station(南京火车站) Station Exit 1/4. Walk along Huanhu Road till one of the park’s gates: Heping Gate

Presidential Palace （总统府）– once the White House in China 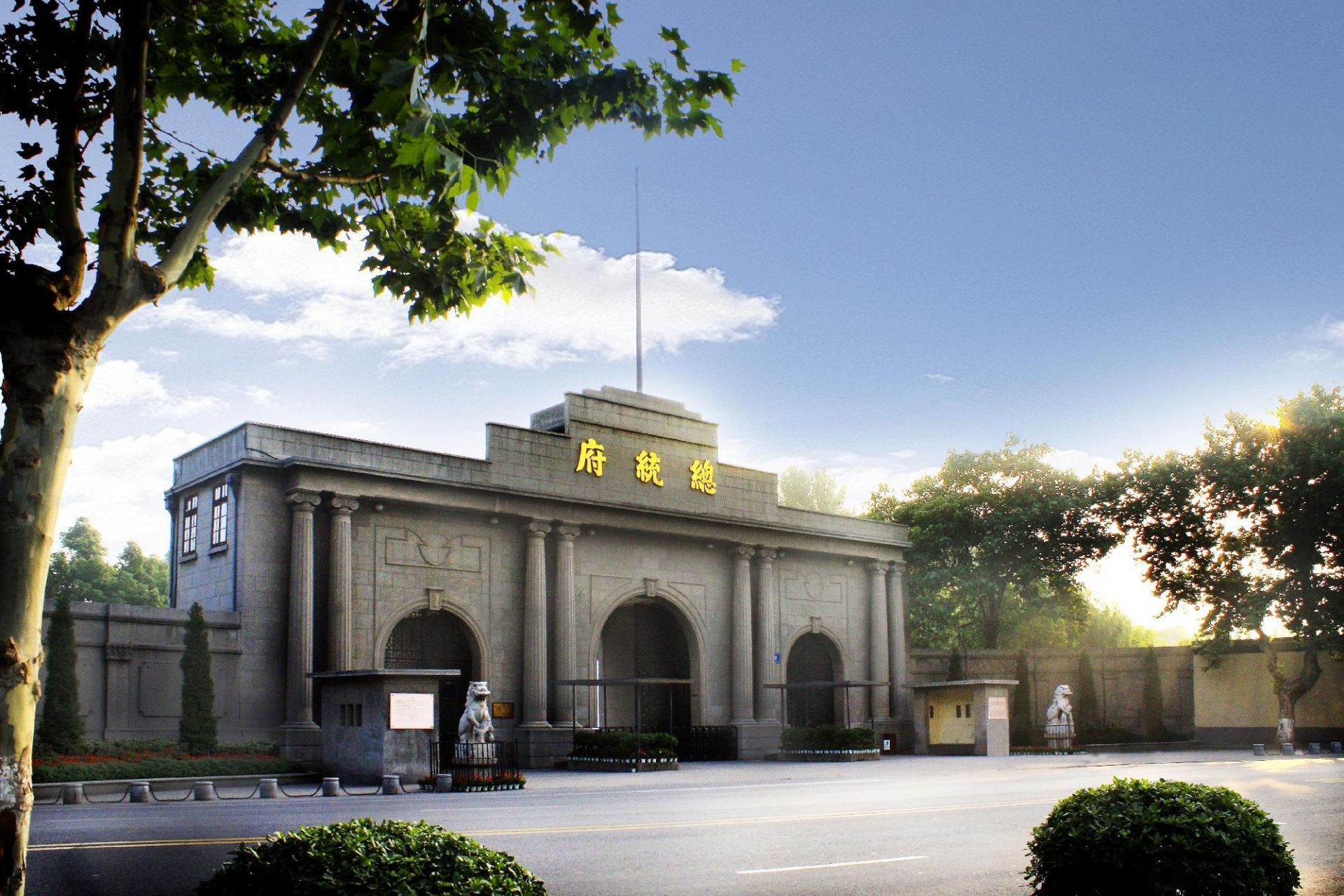 Six centuries are telescoped and stuffed into this one place. You are in the very rooms and halls where power is resided and momentous decisions were made about China. It is an excellent live review of the seat of the nationalist government which ruled China from 1911 until 1949. You can walk the same corridors of power that were trodden by Chinese political luminaries such as Sun Yat-Sen and Chiang Kai Shek, and look into the same meeting rooms where they held fort all those years ago. There is also a good exhibit of artifacts and replicas from the Taiping rebellion (1850s-1860s) and a nice traditional garden on the premises. 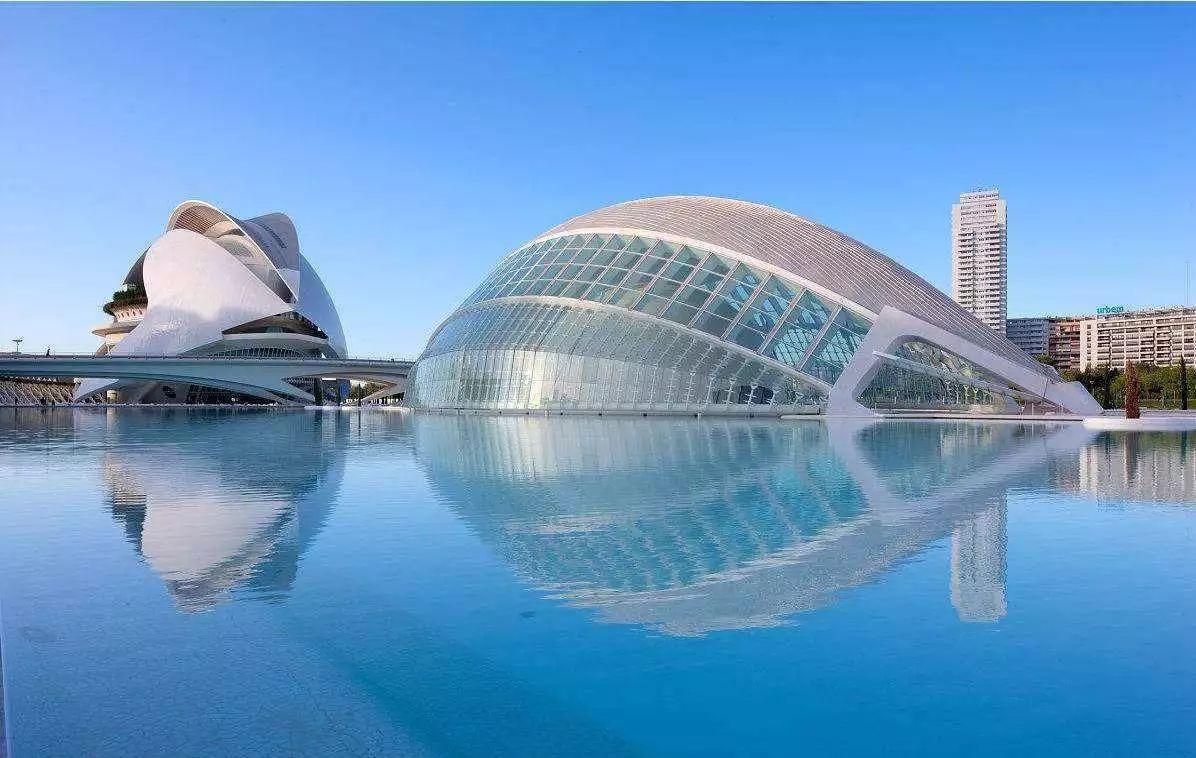 Nanjing Science and Technology Museum is located in Ningnan New Area, Yuhuatai District, covering a floor space of 300,000 square meters with a total investment of RMB 350 million Yuan. It includes the main building, special cinemas and a beautiful park. So we can say it’s a modern museum which integrates science and technology with humanities, arts and tourism. At present, it has become very popular with kids in and around Nanjing City as a place for popular science education. The building is surrounded by a 400-meter long man-made lake which is also called Mirror Lake. Such design makes the whole main building like a huge oval submarine landing by the side of beautiful Huashen Lake. The whole design means tourists coming here can take this aircraft to travel in the knowledge ocean.
Address: No.9 Zijinhua Rd, Yuhuatai District
Transportation: Bus 19, 33, 98, 173 / Zijinghualu Stop 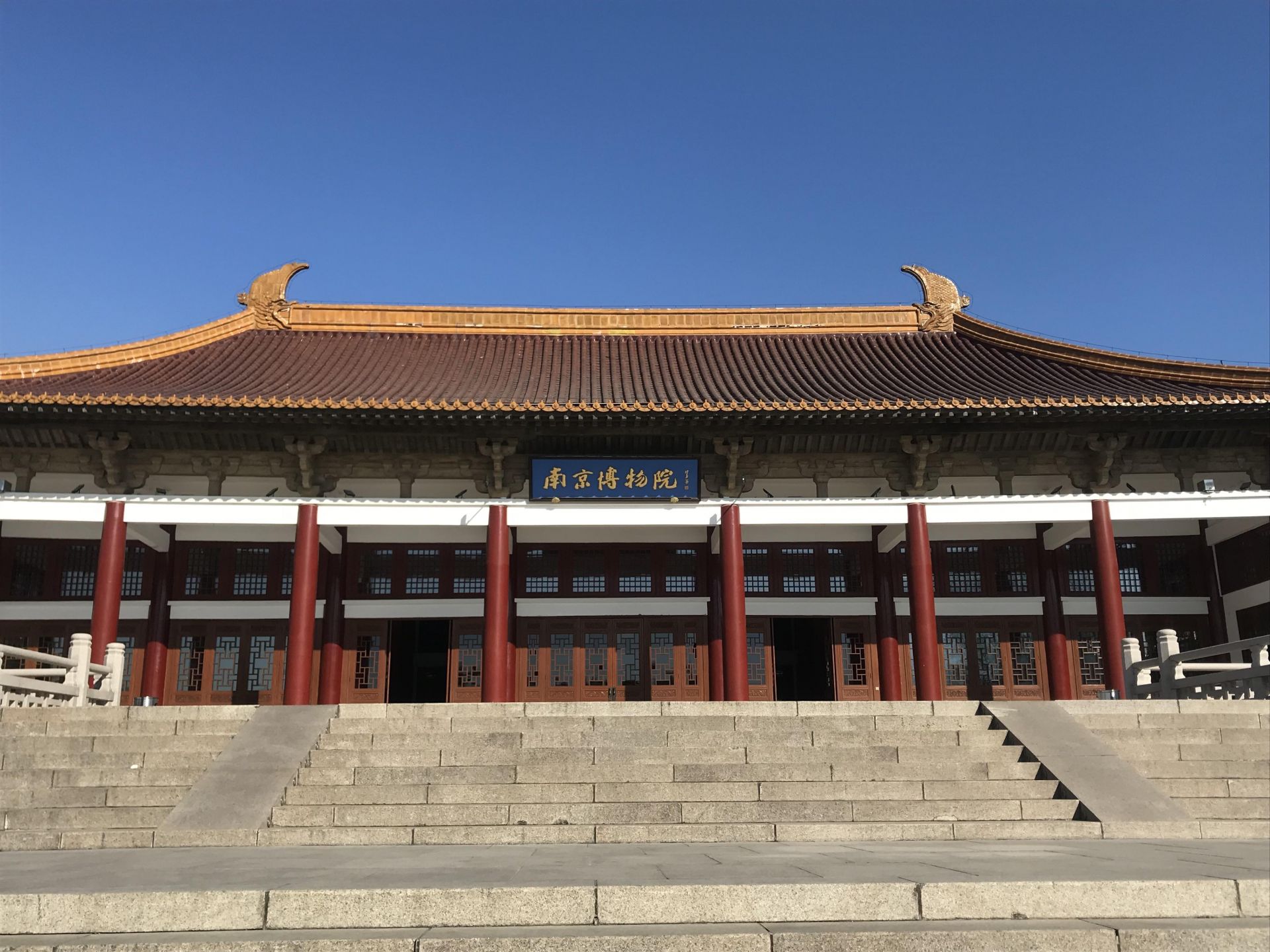 Served as the Kuomintang's Preparatory Office of National Central Museum, it was established in 1933 by Mr. Cai Yuanpei and reopened to public in 2013 after the second phase expansion. Besides the original Historical and Art halls, four newly-built halls are the added value. The Republic of China Hall visually displays the civilians' life during the period of Republic of China (1912-1949) with the Nanjing's local civilization as its theme. As of 2010, it has a collection of 420,000 pieces of relics of many kinds, more than 2,000 pieces of which are national treasures, especially the relics of archaeological excavations, ethnic minorities, royal court, and Qing Dynasty literature etc. The Intangible Cultural Heritage Hall doesn't only briefly introduce general information of intangible cultural heritage projects in Jiangsu, but also dynamically exhibits bustling folk-custom activities, traditional handicraft and traditional oral performances.
Closed every Monday afternoon (last entry at 11:00, closed at 12:00)
Address: No.321 East Zhongshan Road (中山东路)
By Metro: Metro Line 2 Imperial Palace of Ming Dynasty (明故宫) Station Exit 1. Walk East and turn left at the second crossing.

Important Notification!
Upon request by potential authors, the organizing committee of ICSMD 2021 decided that all the important dates have been postponed for one month after careful consideration. The date of conference remains unchanged.

Copyright © International Conference on Sensing, Measurement and Data Analytics in the era of Artificial Intelligence
Powered by Aconf, One-stop Solutions for Academic Events